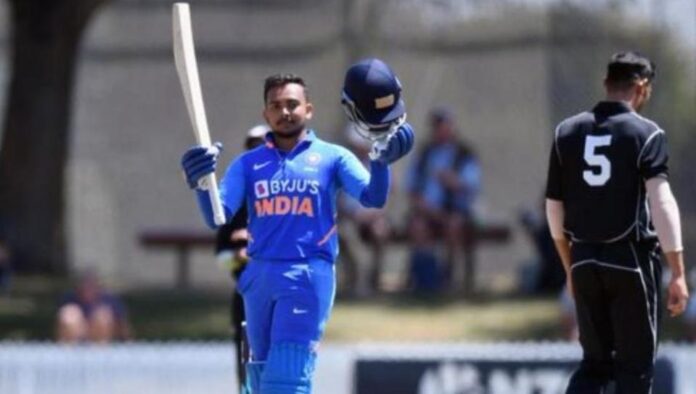 India has to play a five-match T20 series in New Zealand, which starts on January 24. After this, the three-match ODI series will be played, which will start from 5 February.

India’s opener Shikhar Dhawan has also been ruled out of the ODI series after the T20 series in New Zealand due to a shoulder injury sustained during the third ODI against Australia. In place of Dhawan, Sanju Samson has been included in the five-match T20 series while Prithvi Shaw has been included in the Indian team for the subsequent three ODIs.

Prithvi Shaw is in the ODI team for the first time. Prithvi was part of the Test team but was hurt on the tour of Australia due to which he was dropped. After this, he was also left out of the team due to doping. Both Samson and Shaw are currently in New Zealand and are playing with the India-A team. Shaw also scored a brilliant century in the second ODI against New Zealand XI while playing from India-A.

India has to play a five-match T20 series in New Zealand. Which starts on January 24. After this, a three-match ODI series will be played, which will start from 5 February.