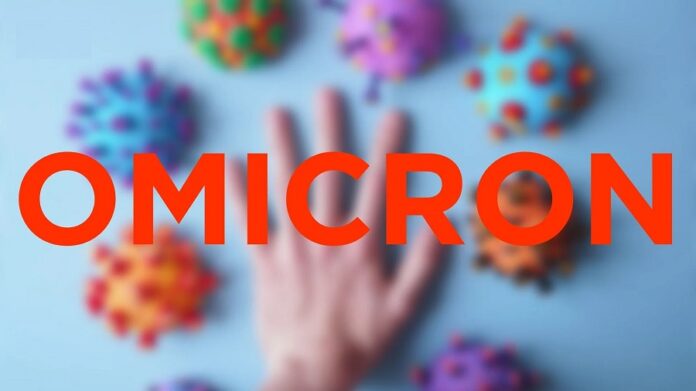 The number of cases of Omicron variant of corona in the country has increased to four. On Saturday, one person each in Maharashtra and Gujarat was confirmed to be infected with this new variant of the corona. A 72-year-old man has been found infected with Omicron in Jamnagar, Gujarat. This person had reached Jamnagar from Zimbabwe on November 28. Gujarat Health Commissioner Jai Prakash Shivhare has confirmed that the person has been infected with Omicron. He told that the elderly were found to be corona infected on December 2, after which genome sequencing of his sample was done.

Gujarat Health Commissioner Jai Prakash Shivhare said that a 72-year-old man who came to Jamnagar in Gujarat on November 28 from Zimbabwe has been found infected with this new variant. Earlier in Karnataka, two people were found infected with the Omicron variant. The Health Commissioner of Gujarat said that the elderly were found to be corona infected on December 2, after which genome sequencing of his sample was done.

Admitted to the Government Hospital

Jamnagar Municipal Commissioner Vijay Kumar Kharadi told that the infected persons were living in Zimbabwe for the last several years. He had come to Jamnagar to meet his relative. He has been admitted to Guru Gobind Singh Government Hospital in Kharadi. The district administration has started searching for the people who came in contact with him.

Gujarat CM held a meeting, instructions to be strict

According to news agency ANI, Gujarat CM Bhupendra Patel held a high-level meeting after the first case of Omicron came to Jamnagar. In this, he reviewed the preparedness of the health system of Gujarat. He was directed to strictly implement the new guidelines issued by the Central Government regarding Omicron.

Gujarat Additional Chief Secretary Manoj Aggarwal said that the patient of Omicron found in Jamnagar has been isolated. His house has been made a micro-containment zone. Testing, tracking, and treatment will be arranged following all the precautions.

Corona situation in the country

At the same time, according to the data updated by the Union Health Ministry on Saturday morning, in the last 24 hours, 8,603 new cases have been found in the country, 415 deaths have occurred and, there has also been a slight decline in active cases. According to the data of the Kovin portal, a total of 127.38 crore doses of the anti-corona vaccine have been administered in the country so far. This includes 79.97 crore first doses and 47.40 crore second doses.