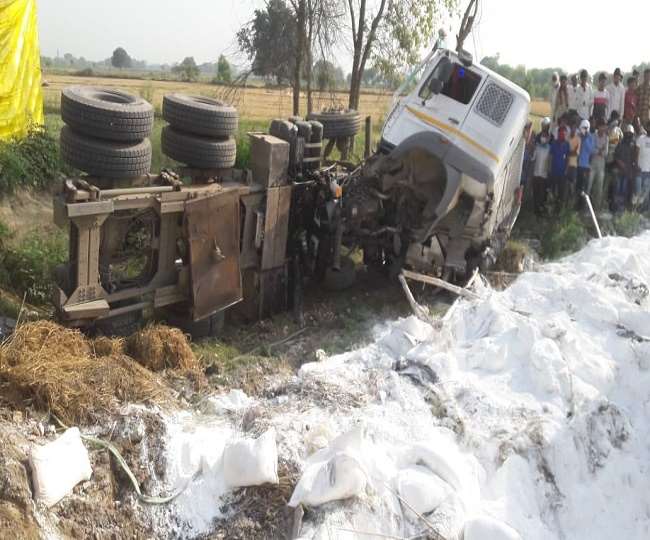 In Auraiya of Uttar Pradesh, there is a terrible accident with the workers returning to the village. 23 laborers have died after a trawler overturned the workers standing at a tea shop. 35 workers are injured in the accident. The accident took place on the National Highway 2 of the Kotwali area. Lime was loaded in the trawler. It is being told that the victims of the accident were also going from Delhi to Bihar, Jharkhand, and West Bengal in a truck.

Commissioner, IG has also reached the spot. The Health Department team is also present on the spot along with the administrative officer and staff. Police and health personnel are involved in relief and rescue operations. DM Abhishek Singh told that the injured have been admitted to the district hospital for treatment. The seriously injured have been admitted to Saifai Medical College, where the condition of 15 injured remains critical.

CM Yogi made this appeal

Chief Minister Yogi Adityanath had yesterday directed the officials not to allow any migrant laborers to travel unsafely, yet this accident happened. Today trains are also going to take workers from Ghaziabad and Noida to their destination, but in spite of this, Majdure is traveling at risk.

Now Seat Belts are also Mandatory for Those Sitting in the...