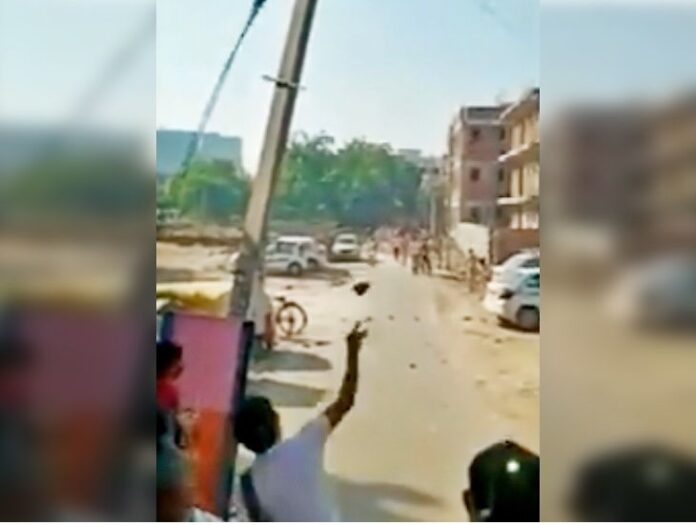 Stones were raised on Delhi and Gurugram border, in which the latest information has shown that 4-6 police personnel have become injured in it. This incident is close to Palam Vihar.

People going to Gurugram from Delhi suddenly started pelting. Actually, thousands of laborers working in the Udyog Vihar area of ​​Gurugram live in Kapashera area of ​​Delhi. They want to come to work but Gurugram police stop daily citing the order of the Collector. In order to reduce the routing between Delhi-Gurugram, Gurugram District Collector Amit Khatri has issued an order that those working in Gurugram should reside in Gurugram and those working in Delhi should stay in Delhi.

About 20-25 people were involved in this incident. Some of those people have been arrested.

Workers working in Gurugram live in Delhi, Noida, Ghaziabad, and Faridabad. Many people work outside Gurugram while many stay in Gurugram. Similarly, a large number of laborers living in Kapashera area of Delhi work in Gurugram. But the police are stopping them. It is being told that once laborers can come and go but there is a restriction on daily commuting.

BJP made a historical record in UP, no ruling party has...

24 workers were killed and 35 injured in a horrific road...