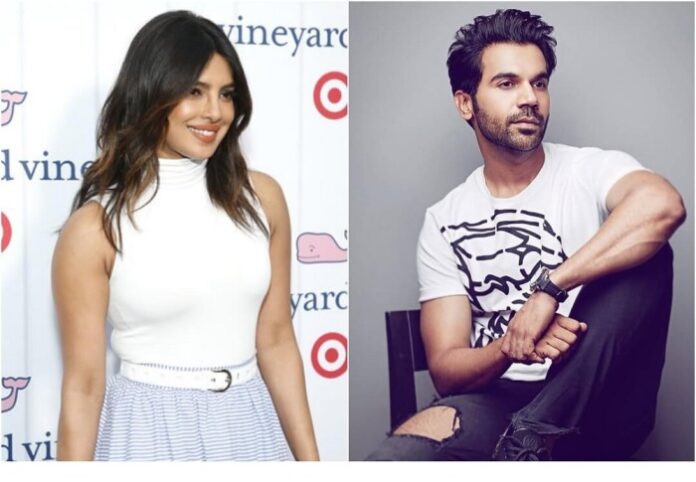 Directed by Ramin Bahrani, “The white tiger”, a film based on a Man Booker Prize-winning novel written by Arivand Adiga, got nominated for Best Adapted Screenplay for this year’s Oscars. The film stars Rajkumar Rao, Adarsh Gaurav, and Priyanka Chopra Jonas in the leading roles.This year The Father, Nomadland, Borat Subsequent Movie Film, One Night in Miami and The White Tiger are nominated in the Best Adapted Screenplay category. The nominations were announced by Priyanka Chopra Jonas with husband Nick Jonas from London on Monday.  Priyanka commented that announcing the nomination of her film herself “made it so much more special”. This  year the oscar award ceremony will be held on 25th April.

Earlier this month, Adarsh Gaurav earned a BAFTA(British Academy of Film and Television Arts ) nomination for his performance in The White Tiger in the Best Actor category. Celebrating this moment he termed the BAFTA nod as a “surreal” moment for him. In the announced longlist of BAFTA Priyanka Chopra got her name in the Best Supporting Actress for her role in film, which made it to seven categories at that time, including the Best Cinematography and Best Editing.

26-year-old Adarsh Gourav who was in the lead role of the film has expressed his happiness on social media platforms and wrote “Officially part of an Oscar-nominated film! Ramin Bahrani! You are a legend! So proud of the entire team!! Congratulations everyone,”.

“The white tiger” explores the caste divide in India. In the film, Priyanka Chopra and Rajkummar Rao play the roles of a rich married couple, who return to India from the US for their business. Whereas Adarsh Gourav has played the role of their poor driver Balram Halwai, who, after an accident, rebels and becomes rich himself.The film released on Netflix in January this year. It had an all indian cast and its nomination at the Oscars is a celebratory moment for Indian actors. Along with the direction by Ramin Bahrani, Priyanka Chopra  and Ava DuVerney were the executive producers for the movie.