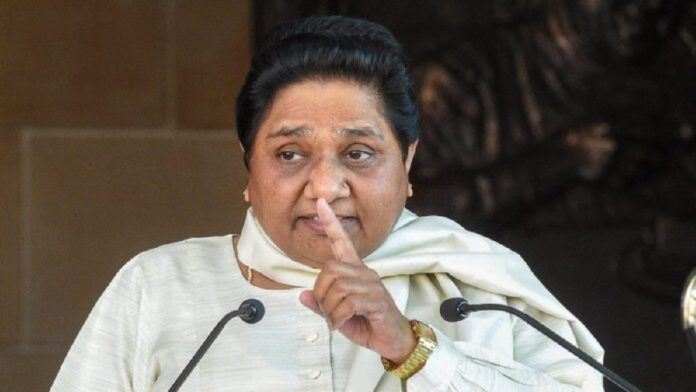 BSP supremo Mayawati said that seeing the elections approaching, the BJP government is inaugurating and laying the foundation stone for half-completed schemes. People will not fall into their trap.

BSP supremo Mayawati said that we will not enter into an electoral agreement with any party for the 2022 UP assembly elections and fight alone. He said that we would form an alliance with the people and form the government in the state.

He said that seeing the elections approaching, BJP is laying the foundation stone and dedicating government schemes in a hurry. These plans are only half-finished, and people will not fall into their trap.

He also targeted Congress and SP and said that Congress is also on the path of BJP, so it is continuously making populist announcements. Had he fulfilled even 50 percent of his promises while in power, he would not have been out of power at the Center today?

Mayawati said that the public will not believe the election promises of SP and will not vote for them.

After Karnataka and Gujarat, now the case of Omicron has Surfaced...

Sachin Pilot says after dismissal, Satya can be harassed, not defeated