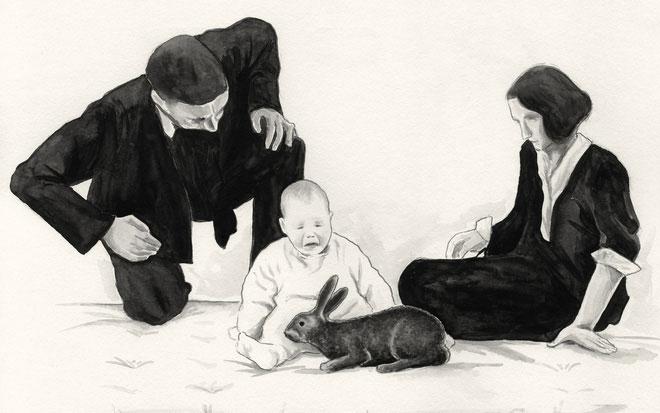 Watson and Rayner exposed the nine-month-old little Albert to a white rat to which he showed no signs of fear. Next, the experimenters exposed the infant to the sound of a hammer striking a suspended metal bar. Listening to the loud sound, little Albert showed signs of feeling uneasy and after some time started crying.

Thus, both Watson and Rayner classically conditioned little Albert to fear the white rats. Further, it was also concluded that such a fear response can be transferred to other stimuli similar to the white rat. These included rabbit, cotton wool, seal fur coats, etc.

Despite being an important experiment, the experiment is criticized for being unethical.

Criticism of the Little Albert Experiment

One of the commonly asked questions among researchers is “what was unethical about the little Albert experiment?”

Well, the following are the grounds on which the little Albert experiment is criticized.

Watson harmed little Albert by conditioning him for the fear of white rats which did not exist previously. Such conditioning had the potential of causing a lifetime of suffering for the nine-month-old infant.

2. No Consent Was Taken From Albert’s Mother

Going by today’s code of ethics, researchers conducting experiments are required to take the prior consent of the participants or anyone authorized on their behalf. Watson and Rayner did not take any consent from Albert’s mother for undertaking the experiment.

3. Albert Was Not Given the Right to Withdraw

Much like the principle of informed consent, researchers today must give participants the right to withdraw from the experiment at any time. Such a right, too, was not given by Watson to little Albert and his mother.

What are the Ethical implications of the Little Albert Experiment?

The following are the ethical implications of Little Albert experiment:

1. Humans Could be Classically Conditioned

One of the important ethical implications of the experiment is that one could condition emotional responses in humans. That is, an emotion such as fear could be instilled in humans for an object or event that did not exist ralier.

This experiment became one of the important initiating points to understand phobias. Further, this helped the researchers in understanding various ways in which such phobias could be treated.

The Little Albert experiment showcases how humans can be classically conditioned for emotional responses. No doubt the practices adopted were unethical, the experiment made it evident that conditioning has important implications in the real world, especially in child-rearing and development.