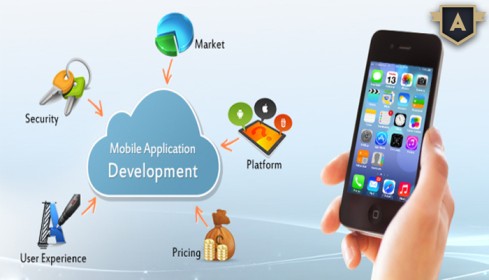 There are hundreds and thousands of mobile apps developed in the market. There are few challenges that developers face and the need to put effort to reduce those challenges.

The mobile app industry is overcrowded and there is immense competition. There is pressure on app developers to get noticed.

App creation includes few steps which include graphics and features, tables, intuitive design. But there are challenges linked with this as well.

Mobile app creation should include graphics, features that are usable, responsive designs. The app is checked using a mobile app testing service before launching them in the market.

Beta testing is always recommended because this is the second phase of software testing. In this phase, there is a sample of the product which is used by an audience. It is also called UAT user acceptance testing or end-user testing. This phase tests the results and forwards them to developers who make the final changes before its release. This phase and this step recognize the failures and enable the developers for further development.

The compatibility of IOS is necessary for every product produced. App compatibility is tested through a service of testing. It is used by service providers rather than employees. The application compatibility check is always a great challenge for most the developers because development code needs to be customized for each and every platform.

Challenge #3. Limitations in Performance and Memory

App development is faced with memory challenges. There is always a difficulty for developers to manage memory within applications. There is a memory management tool that reduces the pain of app developers. But, if the developer is unable to handle that tool, he is in big trouble. Memory management always comes with a range of challenges. If a developer fails to manage the memory, the performance of the app is compromised. So, to increase the app performance, he has to manage the memory with full efficiency.

The poor and low quality of network condition is one of the issues which app developers face. There is a network link conditioner that is good for app checking as there is always a difference between the speed which developers use and users expect from us. Low speed is always hammered by the customers and results in negative customer reviews. The app developer has to deal with this issue for which he faces some network condition challenges.

Sandbox environment differentiates the untested code changes from the production environment. It is a protection for live servers and their data. Sandbox is developed for revision control software. It helps in the prevention of damage to apps.

Another challenge that app developers face is the approval of the APP store. There are few guidelines for app development from the app store. It will save time and save the different investment challenges.

The user interface is a difficult task for users. App developers usually make the design and concept excellent and clean. The main function of the user interface is to display the core features and their functionality. As developers have a limited amount of space so it is difficult and tricky to manage it. It involves the maximum usage of screens and an increase in business from the expected app.

Above mentioned challenges are faced by developers and developers must handle them with care and maturity. They must be careful with investments and look at the final product. If a developer fails to manage any of the above-mentioned challenges, there is an unrecoverable question mark on his performance forever.

The Procedures To Purchase A Refurbished Phone

What are the benefits of ApigeeSoftware?