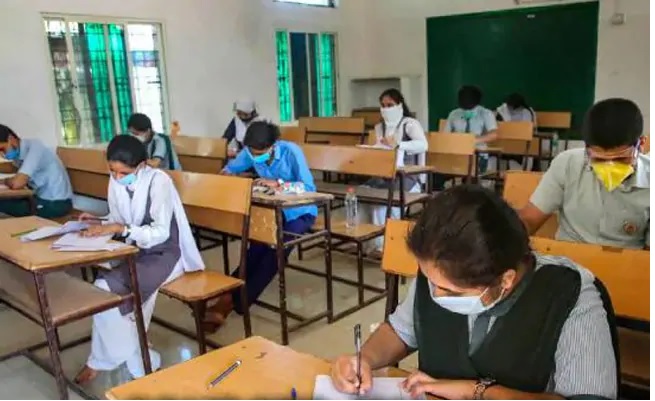 Union Education Minister Ramesh Pokhriyal ‘Nishank’, interacted with teachers across the country through a webinar on Tuesday. He said that class 10 and 12 board exams would be held post-February in offline mode during a live interaction with teachers. Upcoming board exams are to be held on a reduced syllabus. There will also be 33 percent internal choices in the exam, and as much as 30% of the total syllabus has been reduced. Other state boards are expected to do the same, while some states have already announced a similar move. However, the dates are yet to announce. The exact dates will be decided in February after analysing the prevailing conditions. The minister said canceling the board exams and promoting is not good for students as they might face trouble in getting jobs and admission to higher education in the future.

Answering the questions of stakeholders, the minister said that conducting exams in online mode might not be fair as there still is a small percentage of students who have not equal access to education. For online mode, a laptop and stable internet and electricity is needed for each student, and providing the same for each student is a challenge. He said that there would be no changes in the JEE and NEET 2021 syllabus while responding to a query. However, the pattern of the national level entrance examinations for engineering and medical programs have been slightly modified. In order to overcome the impact of the reduction of syllabus undertaken by some Boards, the question papers for JEE Main 2021 will have 90 questions, out of which the candidate will have to answer 75 questions.

Pokhriyal said teachers are no less than corona warriors. They have trained 33 crore students across countries during this tough time. Many countries have canceled one entire academic year, but our teachers continued to work hard and did not allow any student to waste their academic year. Teachers are no less than corona warriors for training. All schools were closed in March to contain the virus’s spread, whereas some schools were partially reopened in October. Even after online mode, every student could not get equal access to education. Like all spheres of life, classes, exams, and academics have been affected by the pandemic.

Guide to Know About Building a Career in Interior Design

What is next after MSc in Statistics? Job in relevant field...