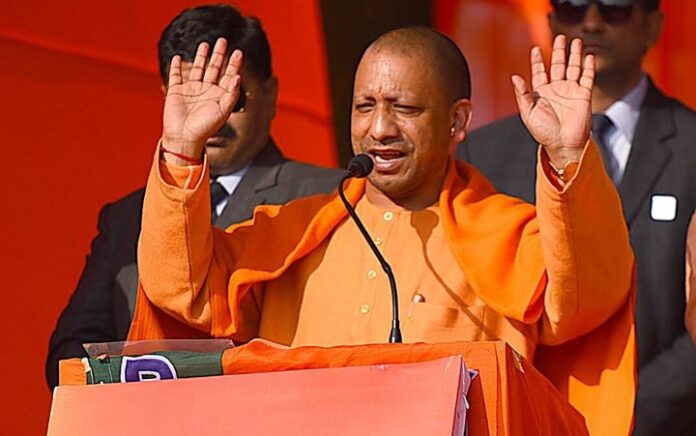 In the case of Uttar Pradesh assembly elections, exit polls have been successful in converting the results into results. The ruling BJP has managed to create history by winning in Uttar Pradesh for the second time in a row after 2017. No party that was in power has failed to return to power in the state since 1985. In such a situation, the victory of BJP has created a new history, which was predicted in all the exit polls that came out before the results.26 years after securing a majority in 1991, the Bharatiya Janata Party is once again returning to power in Uttar Pradesh for the second consecutive term and the victory in 2022 is bigger and more significant than the 2017 assembly elections in many ways.

This has further strengthened the stature of Yogi Adityanath, who is the fifth Thakur Chief Minister of Uttar Pradesh, in Uttar Pradesh and within the BJP. Earlier, TN Singh, VP Singh, Veer Bahadur Singh and Rajnath Singh of Thakur caste had been the Chief Ministers of Uttar Pradesh. Along with this, the central position of BJP has also strengthened. With 403 assembly seats and 80 Lok Sabha seats, UP is the state to decide who will sit on the throne of Delhi.

BJP fought the election mainly on the issue of law and order in Uttar Pradesh and apart from Yogi, Prime Minister Narendra Modi and Home Minister Amit Shah had targeted the Samajwadi Party for ‘goondaraj’ and law and order during their election campaign in UP. And his strategy has been successful.

On the other hand, the Samajwadi Party, despite more populist announcements, failed to break the ‘image’ built on the matter of law and order with its political strategy. This Samajwadi Party contested the elections in alliance with Rashtriya Lok Dal, SubhaSP and other smaller parties and the results clearly showed that this strategy did not work for the SP.

In the last election, the Samajwadi Party contested in alliance with the Congress and was reduced to 47 seats in three important constituencies. Samajwadi Party got 21 percent of the votes in the total 311 seats in the last assembly elections, while the BJP managed to win 312 seats alone with 39.6 percent of the votes. If we look at the mandate of 2022 in this context, BJP has strengthened its position as compared to the last election. BJP’s vote share has increased despite a decrease in the number of seats compared to 2017. It can be said that no particular area of UP is a stronghold of BJP, but the whole of Uttar Pradesh has turned into a stronghold of BJP.

The vote share of the BJP in the last assembly elections was 39.67 per cent and according to the Election Commission data, the BJP got about 43 per cent votes in the state as per the trends in 249 seats out of 403. At the same time, Samajwadi Party has also strengthened its position compared to the last election and based on the trends in 249 seats out of 403 seats, it is seen getting about 31 percent votes.

In comparison to 2017, the Samajwadi Party was able to mobilize its vote bank to a large extent. In 2017, the party got 21.82 per cent votes in 311 seats. At the same time, the vote share of the Rashtriya Lok Dal Party, which fought in alliance with the Samajwadi Party, seems to be increasing. The RLD had got only 1.78 per cent votes in the last election. The SP did not get the results that the Samajwadi Party had expected from the RLD alliance. In western Uttar Pradesh, the BJP has managed to a large extent successful electoral management of the resentment that arose after the farmers’ agitation.

Sachin Pilot says after dismissal, Satya can be harassed, not defeated