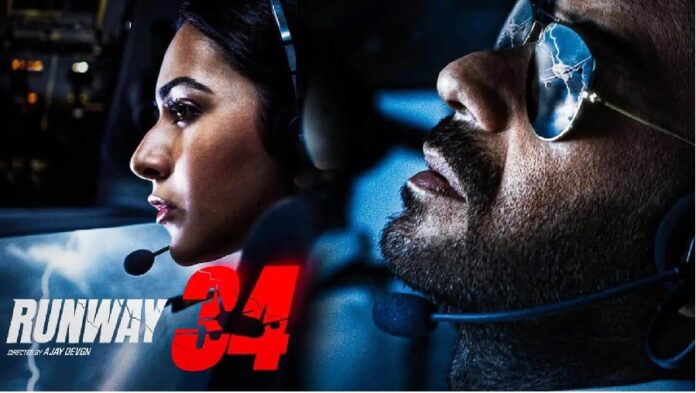 The second trailer of Ajay Devgn’s film Runway 34 has been released. Like the first trailer of the film, its second trailer also looks quite interesting. This trailer has been edited in such a way that the curiosity of the audience to know its story seems to be increasing even more.

From this dialogue of Ajay Devgan, the state of mind of any pilot can be gauged when instead of encouraging them to save lives with their understanding, they are accused by conducting an investigation.

Watch the trailer of the movie Runway 34 here

Ajay Devgan is seen in the role of Captain Vikrant Khanna in the film. At the same time, Rakulpreet Singh can be seen as his co-pilot Tanya. Talking about the trailer of the film, its visuals are looking very cool. Those aspects have been touched in this film, which many people are unaware of. An attempt has been made to show the story from the pilot’s point of view as well. Amitabh Bachchan is seen in the role of a lawyer in the film. Ajay Devgan seems unsuccessful in answering his sharp questions in court.

Let us inform that the story of the film Runway 34 is inspired from a true incident of Jet Airways’ Doha Kochi flight. This incident is from 2015, when despite of bad weather and very little visibility, the pilot of the plane landed the plane at the airport despite many difficulties. It is said that it was a kind of blind landing. The lives of about 150 passengers were at stake in this blind landing. For this feat, the flight captain had to face demotion and his rank was co-piloted from captain.

On the other hand, the Ministry of Aviation questions the pilot for putting the lives of passengers at risk due to ignoring the laws and standards of aviation. In this trailer, Amitabh Bachchan can be heard saying, ‘A time comes when passengers consider the pilot as their god.’ With this dialogue of Amitabh Bachchan, an attempt is being made to explain that the pilot cannot risk the lives of the passengers due to his carelessness.

Priyanka Chopra Starrer “The White Tiger” Gets Nominated For The Oscar