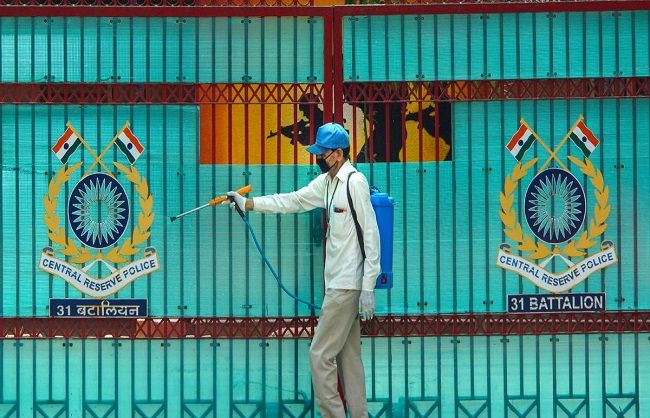 The Central Reserve Police Force (CRPF) headquarters in Delhi has been closed. This step has been taken after a driver is corona positive. The news is that CRPF headquarters will remain closed until sanitization is complete.

It is being told that the officials working in the building will not be allowed inside the premises from Sunday. The exercise to identify all the personnel who came in contact with the employee in the headquarters building has been started. The CRPF is the largest paramilitary force in the country.

The premises of the 31st Battalion have been sealed after a large number of Corona virus cases surfaced in the last few days. Earlier this week, a 55-year-old sub-inspector died of infection. A total of 480 samples were taken from this unit, of which 458 have been reported and 22 are awaited.