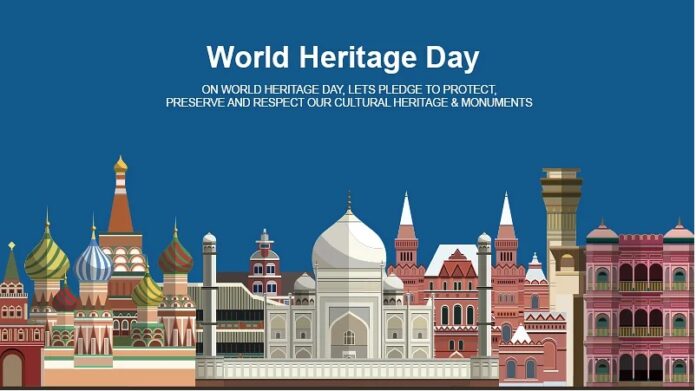 An international organization had proposed the protection of famous buildings and sites around the world at an international summit to be held in Stockholm. After this was passed, the UNESCO World Heritage Center was established. Then World Memorial Day was celebrated on 18 April. In the initial days, only 12 sites were included in this list. After this, in 1982, the International Council of Monuments and Sites named it World Heritage Day. UNESCO announced it in 1983.

Old buildings and places may become dilapidated with time, but they bear witness to different histories, there are many tales associated with the walls of old places, from defeat-victory to art and culture here as evidence. In such a situation, through World Heritage Day, an attempt is made to remove the dust on these stories.