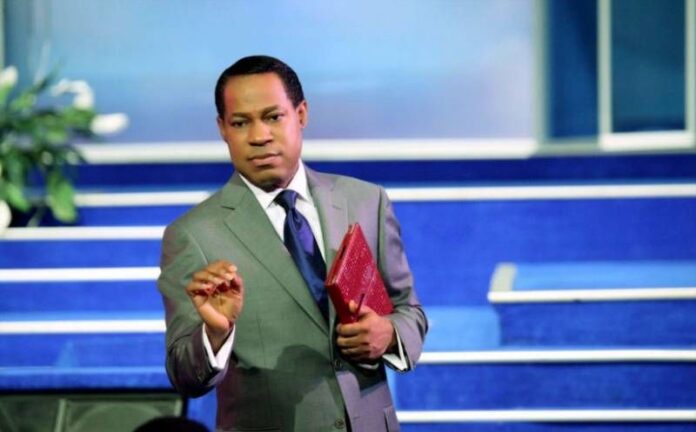 Pastor Chris Oyakhilome amplified a message of hope and faith on December 31, 2017. As the music rang out and Pastor Chris took to the stage, the crowd stood in shared excitement for this powerful event. Emotions were high, as the Believer’s Loveworld Incorporation (BLW) anthem brought worshippers together in one shared voice and one divine calling.

Pastor Chris lit fires in the hearts of community members as he told the story of God’s blessings in his life and through the continued expansion of Loveword Ministries. The fruitfulness of Loveword Ministries over the past calendar serves as a testament to the faithfulness of God as he blesses those who seek his truth and righteousness.

Lovewood ministries had flourished over the past year, and Pastor Chris has had the opportunity to share the message of God’s love through online, television, and radio outlets across the world. On December 31st, Pastor Chris spoke of the success of Loveword Ministries’ publication, “Rhapsody of Realities,” as it has reached the hands of over one billion people. Pastor Chris described the book as just one tool in God’s belt, warming the hearts of those who need him, and those whose heart had been hardened by life’s struggles.

Pastor Chris Oyakhilome also told of the success of the International School of Ministry, which has been touching the lives of faith-seekers across the world since 2007. The ISM empowers today’s and tomorrow’s leaders and equips them with the tools needed to begin their personal journey as spiritual beacons for God’s light. Moreover, ISM has seen great promise in its free, annual ISM training in Johannesburg, South Africa. Offering guidance and hope to the people of South Africa has brought God’s message to unreached souls.

As Pastor Chris described the work God had been doing through Loveword Ministries, the crowd stood with raised arms towards Heaven, and prayed with him out of gratitude, love, and hope that the great work of Loveword Ministries would continue to flourish in 2018.

In the moments following his heartfelt prayer, Pastor Chris announced the recipients of the FALA or Future African Leaders of America Award. Winner, Naomi Ekpoki Aliyu, was overcome with joy and humility as she accepted the 2017 FALA Award for the positive impact her effort has had on her community. The crowd cheered as Pastor Chris presented Naomi with this well-deserved honor.

Following the FALA Award Ceremony, Martin PK took the stage to perform his LIMA award-winning song, “Beautiful Jesus.” “Beautiful Jesus” lead into “Thankful to the Lord,” sung by Sinach. Church leaders took to the stage to join Sinach and Pastor Chris in worship as they sang of their gratitude and love for an awesome God.

The evening’s festivities ended with a powerful prayer from Pastor Chris Oyakhilome. Pastor Chris urged that listeners should pray for their families, and believe that God would work through them to reach out to friends and family members in 2018. Pastor Chris thanked God for all of his blessings in 2017 and prayed that he would continue to work as God’s vessel, bringing hope and love to the world in 2018.