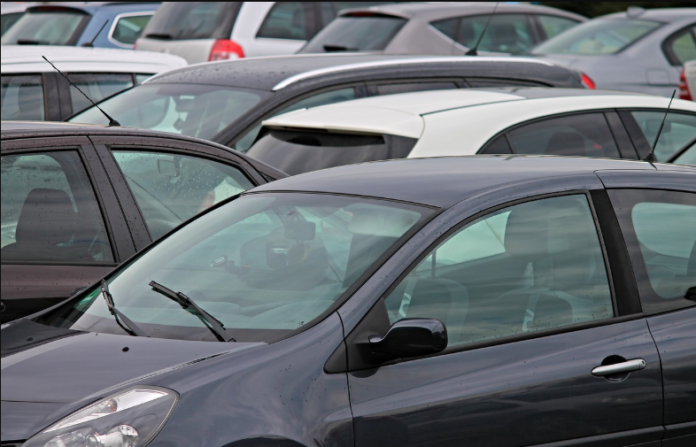 We know that there is umpteen number of car manufacturing companies in the market today. People have got the freedom to choose their own favorite brand according to their priorities, this has brought tough competition among the car brands. As a result, many of the car manufacturing companies now had to stop production of their various models. It is a disturbing news for any car owner if their company stops the production of their car model. However, there are few reasons you don’t need to worry. In this article, we will discuss that and give you space to still love your car unconditionally.

Some Famous Companies That Stopped Manufacturing In India

Going back to 1908, the year in which Henry Ford’s Model T  was released, other car brands were working tirelessly in the hope that they would enjoy a long span in the market. But many models have failed to reach the expectations and then eventually stopped production. Some of the auto brands, for example, Ford Figo whose production was stopped at the end of 2015 as the next generation Figo and Figo Aspire took its place. Maruti Ritz as its sales got hammered in the preceding two years before getting discontinued. Another one to bite the dust is Tata which had to stop production of Vista, Manza, Sumo Grande in the span of 3 months. The latest in the market being Chevrolet whose production ended by 2017 due to very low market share.

Here I have listed only a few cases but the list is big. However there is no reason to worry, we will see why.

Why You Can Still Hang On To Your Car Model Even If Its Production Is Stopped.

Ok! So, your manufacturer just exited the country and you’re on your own. Now all these questions regarding service and spare parts start to creep into your mind and it’ll keep on bugging you until you sleep. You are now in an absolute dilemma. Your car value has dropped and you have no idea what to do. But don’t worry because nothing is going anywhere. Let’s consider two scenarios:

But what about the owners of a Chevrolet. The company, one fine morning, announced that they are going to exit the Indian market. But again there is no need to worry as General Motors in an official statement said that it will continue to honor all warranties and service will be available for the existing customers around the country. However, it is still not clear how many dealers will continue providing the service. So, when an automaker quits building a car, they will be implied with some duties and responsibilities. Serving the existing customer will be one of the prime duties of the manufacturer since the customer invested a huge amount. It is their responsibility to keep the promises they made at the time of sale, even after the production is stopped. So the manufacturer has to keep their authorized service centers open till they complete their last customer’s free service.

Consider the case of the automatic variant of Mahindra’s Scorpio which was discontinued almost a year ago. The OEM parts for the vehicles are still available in Mahindra’s showroom or in its automotive e-store which is even more convenient for the user. If the model of a manufacturer stops it does not mean that the spare parts of the car will also be stopped. The spare parts will be available to the owners even after the discontinuation.

In the case of GM motors, even after their exit from the Indian market, they still have an active plant in Talegaon plant, Gujarat, for export purpose. So, there is no need to worry about Chevrolet customers. Spare parts are available until the manufacturing in Talegaon stops, which is unlikely considering the rise in exports for GM motors.

Apart from that, the Government of India mandates that car manufacturers must make spares available at least ten years after the model has been discontinued. So, like it has been for the old Hyundai Santro, Maruti Suzuki Ritz, or any of the recently discontinued models, spares will be available off the shelf.

Get A Good Resale Value

If anyone is planning to sell their car which is about to or has exited the market, I think it’s a really bad idea. Why I am saying this is because you’re going to lose money (a lot of them) plus there is absolutely no need for selling your car when you could drive it around for another five to six years without any a headache. But this is not the case when you go to buy a brand new car. If you think that, say, Chevrolet, is going to reduce the price of their cars in the showroom drastically, then you’re wrong. Chevrolet has enough vehicles to meet the demand. The resale value of a car which is exiting the market (be a model or the manufacturer) will reduce by astronomical units or sometimes you won’t even find a buyer (worst case scenario). The price will fall and you won’t get a good resale value for your car even if you sell it on the very next day of discontinuation. But if your car manufacturer is committed to their responsibilities then you don’t have to worry about your car.

From a used car buyers point of view, there is no better time to buy a good car for such low price. You will still be entitled to the services and the spare parts are readily available and probably could get the extra benefits from the manufacturer for the next five years if your car comes in the warranty period.

The decision of purchasing a car slated for cancellation is yours. If you trust your car manufacturer then it will be a good buy when you take into consideration the fall in prices. Also, you will not be left alone in the desert by your manufacturer. If a particular model is stopped then also the service centers will not diminish. The government rule will also ensure that your car manufacturer won’t leave you behind with a burden and they make sure that the spare parts will be available on demand. But if you’re planning to sell your car, it will have a hard time finding a buyer for a reasonably good price. Whatever you do, think twice before coming to a decision.

GoPro Battery Life: What To Expect And How To Improve It